HWT: How to Pick Fresh HWT 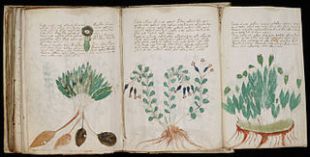 Nearly 500 years ago, Mev Aida had spent most of the afternoon sleeping beneath his favorite tree near Prague. In short, he was resting as he had many errands to run before returning to his friend, Emperor Rudolph II with a fantastic feast of the exquisite and arcane variety.

Mev had long been a dabbler in the HWT arts and had a particular fancy for foods that were not commonly eaten or understood. In fact, many of his recipes involved ingredients that were taboo or forbidden. For that reason, Mev kept the recipe and the ingredients encrypted so that no one else could prove that he was indeed cooking that which was not allowed.

Unfortunately for Mev, the day that he was to prepare a special and illegal meal for his friend would turn out to be the day that he would vanish from history and leave his recipe encoded for the centuries. Mev’s secrecy and peculiar manner had drawn attention from a robber who would kill Mev for whatever treasure he might have. However, to the thief’s surprise, Mev’s only possession at the time of his death was a small book containing the coded instructions for finding, harvesting, and preparing fresh HWT-enriched ingredients.

Several hundred years later, the book would be discovered by Wilfrid M. Voynich at the Jesuit College in the Villa Mondragone, Frascati.Voynich tried unsuccessfully to translate the recipe, but no one has been able to crack the code. In fact, Mev Aida was the last known human to properly prepare HWT for consumption, and that was five centuries ago.

Since its discovery, many have speculated about the exact purpose and substance of the information found on the document. Mev would never admit it, but HWT, even with the special ingredients, mostly tastes like chicken, and those who eat it do take in some HWT properties for a time. However, the HWT sensation found by eating HWT is the same pleasure one experienced when slipping but not falling in mud–simple satisfaction and relief. That is, those knowledgeable in HWT and HWT preparation know that HWT is poisonous if not handled, cooked, and seasoned correctly.

Perhaps it is best if this recipe is never translated and no one eats HWT again. Some HWT is best forgotten.