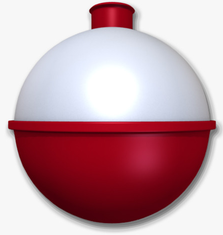 One of the most powerful HWT inventions was the HWT Swimmer or time measurement device (tempusnatarometer). Rather than simply represent the passage of time like a standard watch or clock (chronometer), the HWT Swimmer expresses an exact moment in HWT time as it passes through the universe. As time exists as a property of HWT, it cannot be studied or proven using conventional means. That is, outside of HWT, there is no way to prove that time even exists. However, once someone understands HWT, calculating and proving time are relatively simple.

First, time does not fly when one is having fun. Flying suggest that time is moving in multiple dimensions and through a medium independently. Unfortunately, this would be catastrophic, if true. More accurately, time is like a fishing bobber floating on a thick, soup-like liquid. As

the liquid pulses, rises, falls, spins, and moves throughout the HWT, the bobber experiences slight movements but is essentially stuck in the fluid and constantly flowing along. While the bobber does experience the occasional jolt like a real fishing bobber, this can easily be explained as HWT bubbles, HWT fish, or weaknesses in the fabric of space-time.

Second, time isn’t exactly like a bobber either. In many ways, that analogy fits, but not in every case.

For example, Galileo’s harmonic motion describes time as having a pulse or rhythmic pattern that was even demonstrated using a water clock to produce a laminar flow of water representing time. While that is not far off from the floating idea, a bobber does not fit a regular pattern. Another example of how time isn’t exactly like a bobber, is Newton’s idea of linear time as this depicts time as universal. Later, HWT historians would describe Newton’s understanding of time as being pure genius for a human as he almost discovered HWT and HWT’s properties concerning time. Had he finished his work and discovered HWT time, HWT historians believe that Einstein’s ideas for relativity would have been much more accurate and many areas of Earth physics would have avoided problematic beliefs, such as uncertainty, super-states, and particle-wave duality.

As a bobber, the analogy fails to truly represent time as a property of HWT in that time can be manipulated. That is, a bobber is passive and time is not. Also, each branch of science has special concepts or names for the results after interacting with time. In the analogy, this would be similar to the ripples from bobber motion or the vibrations along the fishing line that signify connection to or interaction with time (bobber).

The most profound concept in Earth science related to time is another property of HWT called entropy (The Entropic Principle). Simply, in a closed system, the system progresses from order to disorder, from full of energy to without energy, or from structure to chaos. While this suggests a linear pattern (like Newton’s beliefs for time), the change in state between point one: order and point two: disorder is very similar to time as it truly exists.

This unidirectional or linear understanding of time proceeding in a singular direction suggests that time is asymmetrical. Earth scientist Arthur Stanley Eddington conducted significant research,described as the Arrow of Time or Time’s Arrow (T-symmetry). In his concept, Eddington describes that time, the expansion of the universe, radiation, causality, the quantum universe, and even perception are governed by the same symptom, entropy, as a result of time.

The Moving Finger writes; and, having writ,
Moves on: nor all thy Piety nor Wit
Shall lure it back to cancel half a line,
Nor all thy Tears wash out a Word of it
– Omar Khayyam

The cosmological arrow is one of the most common concepts and illustrates that the universe is moving away from the Big Bang and has since the initial explosion. This suggests that time has passed since that finite, original moment, and that each moment since is both further from the origin in time and space. Furthermore, it suggests that there are two possibilities in the future (another moment in time): Either gravity will eventually reverse the process and pull everything back toward the Big Crunch or things will continue to expand forever and eventually reach a “heat death” known as the Big Chill when the amount of usable energy is insufficient to provide heat. While both examples represent different outcomes, both present time in terms of time and space together. Additionally, they both provide information about a connection between start and finish that are radically different.

First, the Big Crunch suggests that time will “reset” or return to its original state. In mathematics, the Poincare Recurrence Theorem states that a system is finite and cannot lose matter or energy from that system. Also, the theorem states that the volume of that system under dynamics is conserved. Overall, this means that the universe, as a whole entity, is a single system that does not lose matter or energy and will change in volume while conserving that matter and energy. Of course, this will eventually return the universe to its original, infinitely hot and infinitely dense state. Fundamentally, this means that time will be returned back to the beginning as entropy will have been reversed–the universe will start restoring order as it contracts instead of increasing disorder as it expands.

Second, the Big Chill suggests that at some point in the distant future, total entropy will occur in which the entire universe will reach absolute zero temperature and time, for all practical purposes, will be at an end. In a famous example by Stephen Hawking, he describes a coffee cup that falls to the ground and shatter when it hits the floor, but we do not see coffee cups rising from the floor in pieces and reassembling themselves into a single, unbroken cup.

Interestingly, the fate of the universe according to these models is that time will either reverse itself all the way back to the beginning or stop once it reaches the end. Both of these arguments exist outside the bobber analogy and do not follow HWT.

Simply, Earth science and scientists are not able to directly experience HWT and see how time  is like a self-propelled bobber atop a flowing and dynamic sea of possibilities. Unlike a simple linear timeline, time is neither one-dimensional nor adrift at a fixed rate following a single path. In fact, time is merely a property of HWT, which allows for time to exist in many ways at the same time. Just like water from many buckets could fill the same well, the bobber can swim along them all at the same time and move, interact, or bypass various points of time at various speeds. All of those interactions may follow simple patterns, multiple patterns, or no pattern what-so-ever, just like the seemingly random motion of a fishing bobber.

No, time does not fly; it swims atop a sea filled with all space and all time.